skip to main | skip to sidebar
A place for current and future students of trouser making, esp. those following the techniques and ideas of David Page Coffin, and the many examples in his multimedia workshop in a book/DVD package, Making Trousers, to gather for previews, announcements and discussion. Welcome!

This morning's email brought in some exceptional links; must share.

The first batch (thanks to Janet John) are fabric sources, all in the UK but all online of course, so definitely of potential use to sewers anywhere who can't get the often arcane stuff we want locally:

Both of these outfits have a wide range of offerings, but it's their interfacings and interlinings that are especially note-worthy.
MacCulloch & Wallis include listings for 4 (!) different types of neck-tie canvas, including a rare 100% wool expressly for neck ties, as well as a presumably softer all-wool interlining that's equally hard to find, at least in the States, and if it's anything like what used to be widely available here under that description, also works very well inside soft ties. 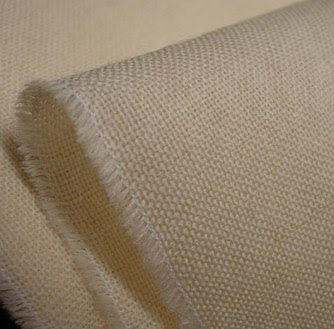 Obviously, this will be of most interest to neck-tie makers and owners of my little booklet on making ties, but this is just the tip of the iceberg that is MacCulloch & Wallis. They provide a spectacular range of millinery petershams, up to 72mm (nearly 3 in.!), which you'll learn in my trouser book is my #1 go-to waist lining/stiffener (I like the hard-to-find 50mm/2-in. stuff), a large variety of what looks like superb shirtings (for those ultra-deluxe trouser pocketings and linings), and an equally impressive stable of woolens and wool-silk blends.

English Couture, the creation of England's national fine-sewing treasure Terry Fox and now run by Michelle Pye, also offers a necktie canvas which appears similar to the Polyester/Viscose stuff available in the US, but again this is just a taste of their range. Terry is a master of both traditional (everything's stitched) and contemporary (everything's fused) tailoring and couture techniques, and she assembled an unmatched assortment of made-for-industry but tested-on-home-irons fusibles, including varieties that perfectly match the four purposes I detail in my book. Many of these interfacings are available in the US through Terry's pal Louise Cutting, at www.fabriccollections.com.

Then there's Acorn Fabrics (thanks again, Janet!), an amazing online shirting-fabric resource from an outfit that's both a weaver of exquisite shirtings and a retail source that will sell individual shirt-lengths; in fact there's "No minimum order." Astonishing. And their swatch photos are magnificent! What a concept: World-class goods and vast selection, swatches on demand, and all equally accessible to factories and hobbyists. Drool and learn at: www.acornfabrics.co.uk 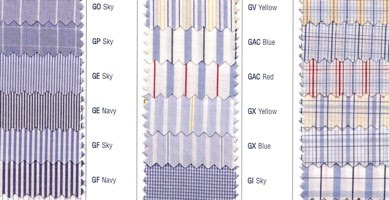 Finally, there's this: An incredibly generous, detailed tailoring blog from Jeffery Diduch, at:

Absolutely the best part of my super-cool job at Threads was finding, and then visiting, garment-makers who had both mastered their craft, and also felt compelled, and had the skills, to share their passion, often driven by a fervent wish to not let their skills disappear from our increasingly pre-fab culture. Jeffery Diduch is the very model of this rare type (by all means search the Threads index for the articles we did together; in issues 87 and 89), a committed and accomplished sewer and tailor from childhood on who now works at the highest levels of the menswear garment industry, yet still delights in making his own clothes, dissecting exceptional garments to see what he can learn, and evangelizing the tailor's skills, before they vanish forever, to whoever will listen. If this strikes a chord, you'll be as appreciative as I am (and maybe as astonished as I felt that I'd missed this unparalleled treasure trove up til now). Just one example of the riches I found there: How to iron a shirt by hand, from a master bespoke shirt-maker, in many pix (plus a video!), all translated from the Russian by… JDiduch. 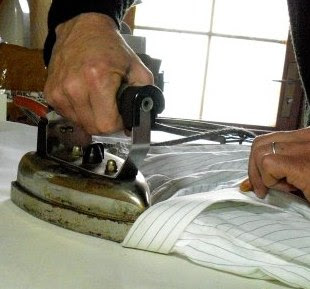 Enjoy!
Posted by David Page Coffin at 9:28 AM

My Stuff at Amazon